Balancing social justice advocacy that seeks to change the system, with service provision that works around the system
Debbie Kilroy, CEO, Sisters Inside

End of Day One

Eliminating institutional bias within the police - is it possible and how can it happen?
Amanda Porter, Senior Fellow (Indigenous Programs), Melbourne Law School, The University of Melbourne

2nd December 2021 | Melbourne
Every person has the right to feel safe when interacting with the justice system; physically safe, psychologically safe and emotionally safe.  Related to those areas of safety they also have the right to be safe in term of their identity – their gender, sexuality, ethnicity and culture.  Cultural safety is particularly important for people whose culture has been marginalised through institutional racism.
In Australia, the intergenerational trauma caused by a historically prejudiced justice system has led to cultural confusion and lateral violence in most First Nation communities. Lateral violence describes the negative behaviours of oppressed groups towards each other as a result of internalising oppression. Lateral violence in Australia is identified with the colonial processes of disconnection from land, law/lore, culture and community which is an ongoing, intergenerational reality in the lives of First Nations people; it impacts negatively on health, wellbeing and organisational harmony.
In order to ensure that the justice system is culturally safe and avoid having First Nations peoples experience racism, trauma and lateral violence, it’s important to adopt policies and processes which promote understanding of cultural issues, including cultural strengthening training programs for First Nations staff and cultural safety training for their non-indigenous colleagues.
Key learning objectives

Artist, Founder
Koorreen
Richard Frankland is a proud Gunditjmara Man who lives on country in south-west Victoria.
His roles include an Investigator for the Aboriginal Deaths in Custody Royal Commission, Fisherman, Musician, Author, Writer for Live Theatre, Screen Writer, Director of Stage and Screen, Theatrical Producer, CEO, Keynote Speaker for Theatrical Institutions, Workshop Facilitator and Key Note Speaker in Indigenous Issues including Lateral Violence, Cultural Safety, Community Capacity Building and Associate Dean, Associate Professor, Doctor of Visual and Performing Arts and most importantly, Family Man.
Despite leaving school at the age of 13, Richard has notched up many academic achievements. In 2007 he completed his Master of Arts at RMIT University with a thesis entitled ‘The Art, Freedom and Responsibility of Voice’ In 2019 Richard completed his doctorate and was awarded his Doctor of Visual and Performing Arts from the University of Melbourne a dissertation on his life’s achievements and contributions towards Indigenous Australian’s cultural and community foundations.
Richard’s current role is the Associate Professor Cross Disciplinary Practice - Richard at the University of Melbourne - School of Theatre, Film and Television.
Richard’s lifelong work has been to facilitate the voice of Indigenous Australians via his many public personas. Richard constantly reminds people that: “We are not a problem people, we are people with a problem and that problem was colonisation” 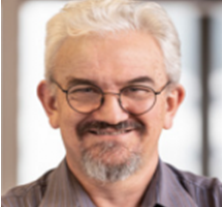 Dr. Peter Lewis
President
ANTaR
Peter has worked in Indigenous affairs as a researcher and advocate for 23 years.  He is currently President of ANTaR and has worked for Koorreen Enterprises, SNAICC and VACCA as research manager since 2004.
As the Manager for Research Development at Koorreen Enterprises, he has co-run workshops and undertaken researching in the critical areas of Indigenous policy, cultural strengthening and cross-cultural competence.  He has co-written research reports on Lateral Violence for the New South Wales Department of Health and a cross-cultural guidebook for the DHHS/Corrections Victoria forensic mental health program under the direction of CoHealth.
His work at VACCA led to the development of VACCA’s Research and Policy unit and we have produced major research reports such as DHHS’ Aboriginal Cultural Competence Framework, VACCA’s “This is Forever Business”: Maintaining and Restoring Cultural Safety in Aboriginal Victoria report and VACCA’s collaborative work with Berry Street and La Trobe University which led to the “Not One Size Fits All”: Understanding the social and emotional wellbeing of Aboriginal children report.
In 2011, Peter was a Research Consultant for the Northern Territory Inquiry into Child Protection on secondment from VACCA.

Back to main page